Oh wow, my first time reviewing an Indie game has come! I think I can say I’ve leveled up again in this silly writing game of mine, don’t you think?

For this round, I’m going to be reviewing Silver:Line by CodeV Productions. I had the honor of getting a shot at the demo, and I’ll do my best to give all of my thoughts as far as the story, characters, and general feel of the game go. As we only have the demo present at the moment, I’ll be working with my general tactic of “the good, the bad, and the meh.”

Before we get started, I’m gonna share a little about Silver:Line and what it’s about!

Silver:Line is a fantasy visual novel created by our small development team at CodeV Productions. Unlike most stories where you play the main character, you are part of the supporting cast in everyone else’s stories. Your choices will lead you through their lives, and your decisions will impact on how their stories unfold.

Recruited as an imperial scholar serving crown Lucarene, you lead a peaceful life at the castle, responsible for researching, tracking, and recording everything there is to know about the royal city, living a life you once thought you could only dream of. You wouldn’t change anything for the world. But as fate would have it, you’re thrown into a turmoil of events where you’re pinned as a scapegoat and forced to flee the country, running for your very life. You set off on a journey, featuring a colourful cast and new horizons.

PLAY AS A MALE OR FEMALE

AVAILABLE ON WINDOWS, MAC, AND LINUX

MORE THAN 10 HOURS OF GAMEPLAY

Now for the moment of truth! Are you all set for this adventure?

-I fell completely into the full voice-acting that was offered in the demo. Each character had such a distinct personality behind them that was further executed through each talented actor. I loved it to pieces, and I’m excited to hear more of it.

-As a scholar myself, I was enthralled at the chance to be a scholar as our player character. It made the game feel that much more connecting for me.

-The character designs are vivid and fluid, as are the landscapes of each new world that we’re set to explore.

-YOU CAN TRANSFER YOUR SAVE DATA IF YOU SWAP FROM 32-BIT TO 64-BIT. Which is amazing. Super amazing. I rarely ever see games that do that, and I discovered it by pure coincidence.

-Your player character… is basically bi in EITHER sex. Because you can choose literally ANY of your allies to date. And that is so rare to come across, done correctly. (I totally gunned for Lucas, but I also started gunning for Kitsune,)

-In merely two hours of gameplay, we seem to learn so much about the characters that we’re introduced to, and to me, that’s very compelling on a writer’s standpoint as well as on a gamer’s standpoint. It should be a point to hook someone to your characters as early as you can, and I think that goal was achieved.

-Xiu Ying speaking in Mandarin for her preview at the end: true perfection.

-Though it didn’t happen incredibly often, I felt as though the voice acting audio sometimes was overpowered by the soundtrack, particularly noticeable for me with Kitsune’s introduction. I feel like that’s just something that’s painfully noticeable for me.

-I think this is more geared to my computer, but I had the game lag in frame rate and sometimes even freeze whenever I reached certain scenes. I even had to start over once because it remained stuck in that one moment, whether I swapped to 64 bit or not. I think it may be an internal lock in my system, but it seemed to clear up once I started the game over, at least for a time. Just a forewarning for those who have somewhat older laptops, be wary of this.

-Inability to go back and see the other options of the game such as bathing with your player character and running into another (but I think that’s just me being picky about visual novels in general.)

-Certain character arcs, while developed, can be a bit cliché for a fantasy media. But, it’s not a bad thing if you blink and wipe away the haze a little. I think it works pretty well for everything that it has to offer, but some people may not feel the same.

Overall, I give the demo of the game a very solid 8/10. I really enjoyed every moment that the story progressed, and I’ve officially fallen for the characters, especially Kitsune and Amaris. I can’t wait to try out the game in its fullest, and it’s got an official release date!

September 24th, 2020! And, I plan to support the Kickstarter once it makes its debut. I’d love to do anything I can to get this game out there, and it would be awesome if you could support your Indies too! Come check out the demo for yourself! I promise you won’t be disappointed! 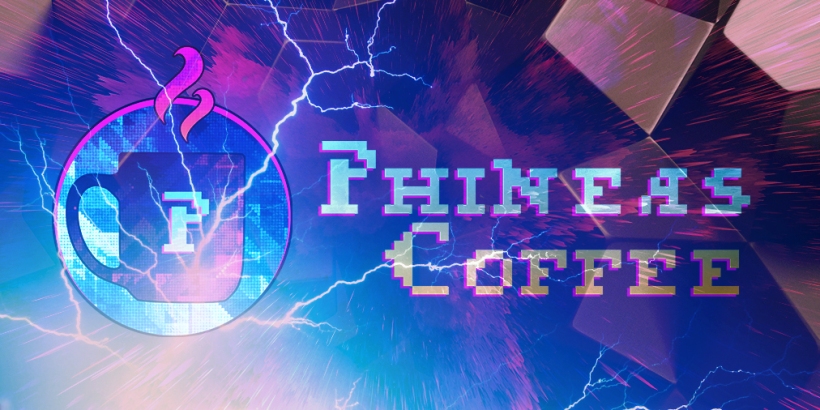 I worked my butt off to get this out before midnight, and I think now I’m in need of caffeine. x.x Speaking of which, I’ve got an affiliation with Phineas Coffee running rampant out there! Great for all you late night crammers, game reviewers, and… well, those that happen to love coffee.

If you sign up now using my link right here, you’ll get a shot at having some amazing blends like the Champion’s Coffee!

AND if you use my code SeerofWords1, you get some rupees off!

…Gosh, I get the urge to play Breath of the Wild now. Don’t you?